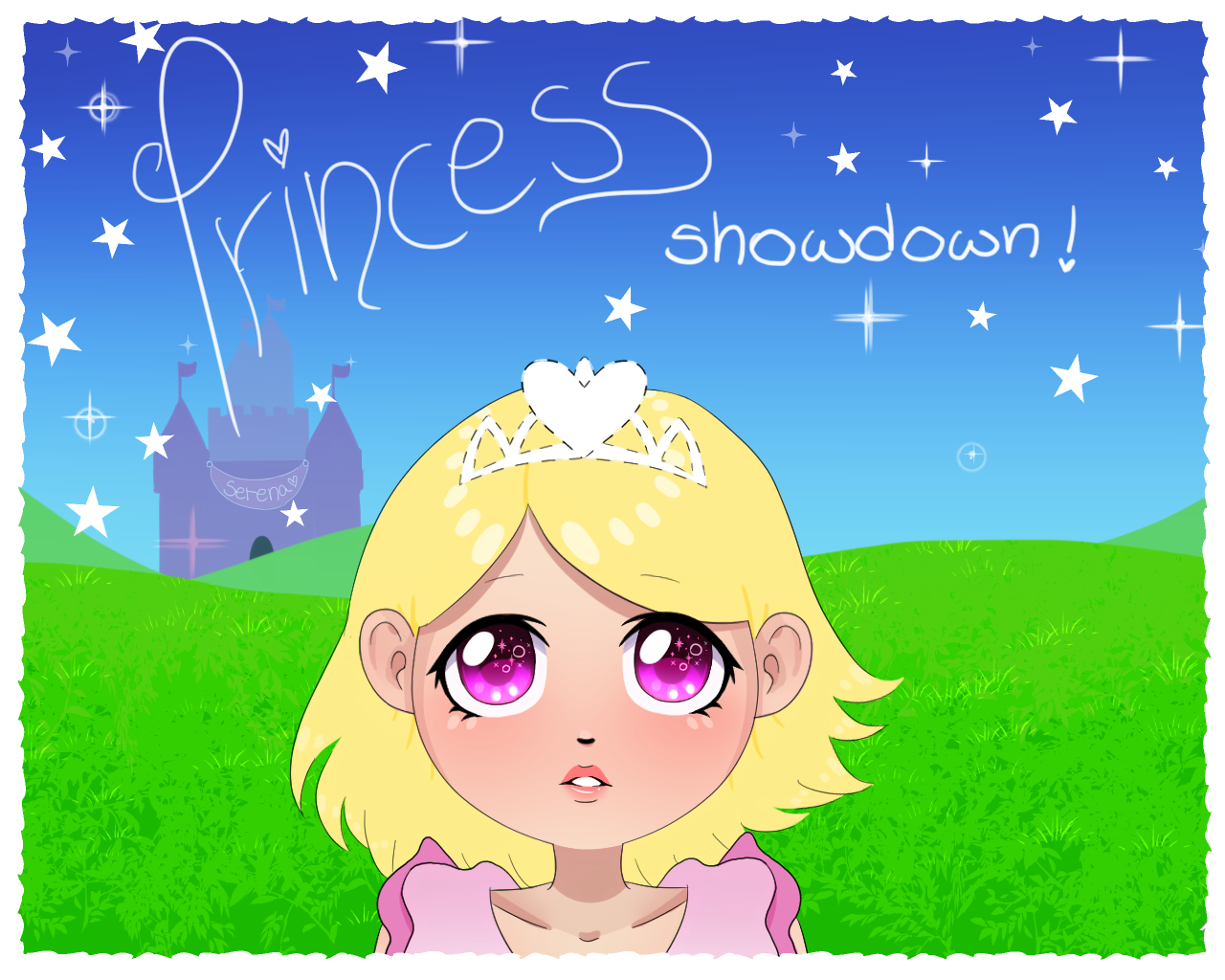 Hello, and welcome to a very late project thread for Princess Showdown. I will kick this off by writing a postmortem for the prototype, outlining what was the original vision of the game, what went right, what went wrong, and the lessons learned for the future. I hope it can be an interesting read! Before starting however, let me say that even though it is called a postmortem, my intention is to continue developing the game. The few people that have played it so far have given me a lot of confidence in its potential and we are excited to add more content to the game! Without further ado, lets get started

What is Princess Showdown?

Princess Showdown is a short platformer focused on precision jumping and character controls rather than combat, although there is a bunch of enemies to defeat too! The player controls Rose, a princess who has been kidnapped by Serena, her rival from a neighboring kingdom, in order to prove her superiority as a sorcerer and monarch. Rose is able to change between two forms; Water and Wind (unlocked about midway through the game). Both forms have an unique ability, and the idea is for Rose to dynamically switch between them to get through the hazards and enemies in her way to freedom

The game started as a platformer all the same, but with a much bigger focus on combat and rpg elements. The plan included elemental weaknesses, 3 forms (Power, Defense and Speed), 2 special abilities per form, more enemies and rpg stats like magic attack and physical defense. It soon became obvious that it was way too big of a scope for the required time, not to mention a little bit too complex for an action game. Switching between 2 forms in the current version is already hard enough. 3 forms would have been a big hassle, specially for just under an hour of gameplay. As I worked on the game, I realized that combat wasn't really the most fun part to play or develop. Instead, the actual platforming seemed to be the entertaining part. With that in mind, I changed the scope and focus of the project to be more manageable and concise. Some of it went well. Some, not so much

I spent a lot of time working on the background engine of the game so I could easily add new objects or enemies with little extra coding or tinkering. It took a big chunk of the development time, but it was worth it. I was done with all that about 1 week and a half before the deadline, but by then, I was basically only doing eventing, placing objects in the map and playtesting. Everything was good and smooth, or so I thought (more on that on the next section)

Halfway through the project, my girlfriend (god bless her soul) offered to help me. Until then, I only had some mismatched free assets and tilesets. She gave me Rose's sprite as a quick job just for fun. As the game progressed however, she became much more interested, and became a huge contributor to the project, going so far as to doing the voices for Rose, the dialogue portraits and the enemies. We had everything except for backgrounds and platform tiles, which fell out of her expertise. Luckily, a coworker in my company offered to help me out so the game could be complete, aesthetically speaking

The project had two major disruptions that affected the final release. The first one was the animations. I used Anima2D to do 2D Skeletal Animations, hoping it would lower the amount of art needed while still providing good visuals. I was partly right, but Anima2D was a real pain to use. I realized far too late that Unity already had a better version of it integrated in the engine, so I was stuck with the limitations of the old one in terms of rigging and applying special effects to the sprites. Beyond that, the actual animating took a very long time. It was a first for me and boy it was frustrating in the beginning. So much that it almost made me give up entirely. I still believe the animations need some polish, but they are somewhat decent in their current state. Too bad it ate too much into dev time

The second disruption was the eventing, particularly with camera movements and cutscenes. Doing the dialogues was pretty time consuming already, but synchronizing them with animations and other effects was quite troublesome. I also had problems figuring out the best way to do the triggers for the cameras so you could enter and exit sections where the camera would change to static with no issues. The most noticeable bugs in the game are precisely the camera ones, where sometimes the camera would just stay in place while the player is not visible or follow the player when it should be showing a particular area in a static manner, Even so, the bugs can be fixed by either dying or just walking through the camera triggers again, so it is not really a bother though it makes the game look bad for a while. I also made dying as painless as possible by including a lot of checkpoints and a killswitch. The prototype has infinite lives too so people can see the content without having to start from the very beginning on every death

Speaking of bugs, the current version has the following:

-One cutscene has a dialogue that repeats once

-There is a VERY small chance Rose will become stuck inside the ground if she dashes too close to a ceiling (During normal gameplay I mean. If you try really hard to replicate it it might be easier). This can be alleviated by using the killswitch and respawning on a checkpoint

All the problems the game has can be boiled down to one word: Scope. Even the revised scope was a little too big so I didn't have enough time to squash all the bugs. Good planning goes a long way! That said, I am still happy with the reactions of the people who have been able to give the game a try, and I am definitely going to expand it into a full game!

So, what will I be doing for the game? First, I need to go back and fix the bugs. Then I will have to rework a lot of the code since it turned ugly near the end as I frantically tried to make it to the deadline.

On less technical terms, If you complete the game, you will see that *SPOILER* Rose is able to change into a Fire and an Earth form as well *END SPOILER*. The extra gameplay and design coming from this is already being worked on. We already have 4 new forms planned, with extra stuff to interact with using the original 2 as well. There is also a rough draft for the story going forward, the characters involved, and the gameplay systems to add on top of the core experience. It will definitely take way more than 1 month, but I am very excited to work on it!

Well, that's it for now. I hope you enjoyed reading through this. If you have any questions/feedback/concerns feel free to post them here. And also please leave a rating for the game! I made a list of games I wanted to play, review and rate before the voting period ends. If you want me to play your game too, don't hesitate to ask!